Recently EA released a new title in its racing games lineup. The new Need For Speed Rivals is a next-gen game first released for PS4 and Xbox One. Now it has come to the PC as well. This game comes with a lot more advanced graphics and better gameplay. But there are many bugs which include lag, stutter, and glitch. We played this game and found many problems. After a lot of searching and testing, we got the NFS Rivals Lag Fix. So this is a post for fixing Need For Speed Rivals Lag problems, FPS drop and slow motion issue.

As we said this is a post for fixing slowdown and lag issue of NFS Rivals. There may be different reasons for the issues. One main reason is that the game isn’t well optimized for lower specification computers. Need For Speed Rivals requires powerful hardware but the optimizations also aren’t that good. There is also a 30 FPS frame lock. So players can’t get more frames. Gamers don’t like locked games at all. Almost everyone has a 60 Hz monitor and nowadays people want even higher refresh rates and frames.

We also have a desktop with medium-level hardware. We also faced many issues while playing. Therefore we tried different solutions and patches for problems. There are some codes and patches that let you jump that FPS barrier. In our experience, we faced a lot of lag. We searched and found a solution to cope with some issues. The FPS barrier is now fixed with a new patch and some codes. Still, the game lacks a lot of optimization. The game looks good in terms of graphics. Its gameplay is also nice but technical issues take out the fun.

One of the primary fixes is updating the game to the latest version. Download and update your game to the latest version. The new Need for Speed Rivals patch can fix FPS, slow motion, freeze issues and improve performance for computers with good and powerful hardware. However, many problems still persist for players with entry-level hardware. The code below helps to fix the slow motion issue by a lot.

There is also a camera bug in the game. It freezes after any accident or crash. The solution for many bugs is that users just need to put this code ” -GameTime.MaxSimFps 18-GameTime.ForceSimRate 18+” in the target field of game’s shortcut i.e NFS14_x86.exe. Just create a desktop shortcut of the main executable file “NFS14_x86.exe” or ”NFS14.exe”. Then put the given code in the target field. Test different numbers instead of 18 and check the best setting.

Try other numbers instead of 18 and see what fits for your smooth experience. This code limits game up to 18 FPS only but it will fix the problem. It contradicts our saying of higher FPS. But it is a solution for jelly slow motion issue for computers with weak graphics card and hardware. This is why we are recommending to test higher numbers that suit you.

The code fixes slow motion and lag issues for low-end PC and powerful desktop computers. Still, a camera bug persists in the game after using the code. If the player hits anything the vehicle starts flying and goes controlled. Most of the time, force closing the game and restarting helps.

To be honest 18 FPS is good for Geforce GT 520 in this game. We have a low end PC with 4 GB RAM, Core i3 540, and Geforce GT 520 1 GB. Our NFS Rivals graphics settings are all things low except resolution. Motion Blur, Vsync were all turned off and textures were also set to low. We run our game on 1366×768 and always advise to use the monitor’s native resolution.

Players with a better system can surely change the numbers and get higher FPS. We prefer you to use the latest update because it is available now and fixes a lot of issues. The best thing about the game is awesome graphics and better handling which was lost in Need for Speed Most Wanted 2012.

We tested the game in new systems with GT 820M and Core i5. Need for Speed Rivals was also tested on a system with GT 755M in SLI with Core i7. We didn’t use the code in the later tests. The game was absolutely fixed and it seems they didn’t optimize the game for lower series hardware only. Nvidia Geforce GT 520 and 820M are starting series GPU and their performance is likewise. The new driver helped a lot and the performance was awesome. The game shows no lag in the new Radeon R5 and R9 graphics card series as well. 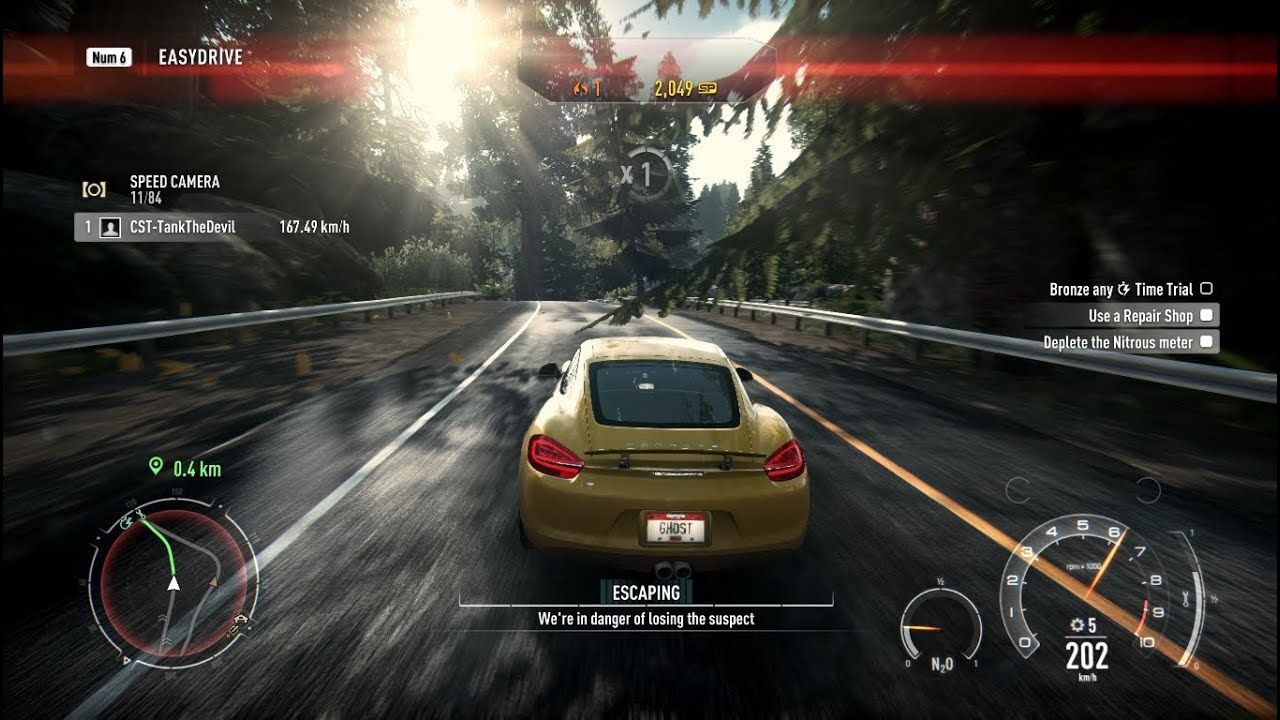 This is my personal review so it will be my view on the game. To be honest NFS Rivals is a refreshing and very exciting game after Hot Pursuit. The Hot Pursuit 2010 was a fantastic game with great graphics and mechanics. But the franchise after that version couldn’t get the traction. Need for Speed The Run was actually quite good but still, it was not that thrilling as the series used to be. However Need For Speed Rivals felt a bit different with new gorgeous graphics, game mechanics, and storyline. We have to admit that there are many problems including optimization issue but the entertainment is absolutely there.

Many players like the police and street racer system that NFS always has. Other racing games that only have AI street and track racers are entertaining but the experience of outrunning a cop patrol car, blockade tactics, hurdles, and collision makes everything exciting. It is also very good to see a good collection of top-notch high-performance vehicles. Both online and story mode offer a wide range of cars from different segments. Koenigsegg One:1 from the free DLC is my first favorite car and Lamborghini Sesto Elemento is the second favorite ride.

The graphics in the game is pleasing around greenery and mountains. So I like to cruise around these places. Driving in high speed on sharp turns in rocky mountains is also very exciting. The water reflection is also pretty good and high-speed action in expressways is thrilling. Overall the gameplay is good and this edition revives the classic experience we like from the NFS. EA seems to have rushed the game and left out some polishing. It is good if developers take time and make perfect optimization for all types of hardware. This way many people can enjoy it. If games run better on a wider range of systems, the purchase rate also goes higher.

and how to slove it.

So the game lagging on intel hd 4000 and nvidia geforce gt 560. Today i tell you to solve this

it is very i tell you in few steps see below :

1. make the shortcut of nfs rivals.

2. on target leave everything and give a space and paste this

as you want try all no 11 to 18 you choose which no work best .Enjoy